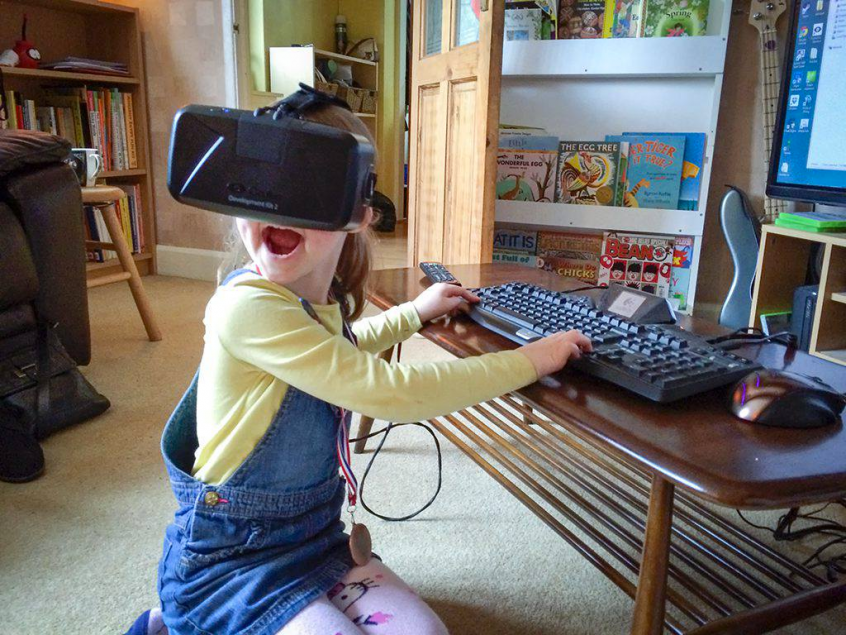 With the new year fast approaching, 2017 can be considered as the year when virtual and augmented reality broke through the hype barrier. The last 12 months have been a relative success, with a number of significant events both in terms of hardware and ongoing consumer awareness.

Virtual reality has been on the cusp of widespread use since Nintendo’s infamous 1995 release of the Virtual Boy system, and it could be argued that 2017 was the moment when everything started to fall into place. Facebook, Google, Amazon, and many major consumer electronics manufacturers now have table stakes in virtual and augmented reality, although it would be presumptuous to expect that a golden age of the “realities” will kick in when the clock strikes midnight on January 1, 2018.

However, the immediate future is bright. At the VRS 2017 Conference, there was a consensus among the featured industry speakers that the pace of innovation was accelerating and VR was well on track to be the next disruptive technology.

In other words, the focus for many companies is now on the opportunities that VR offers to both consumers and enterprises as opposed to its oft-cited limitations. And while it is unlikely that the next 12 months will define virtual and augmented reality, it is also reasonable to assume that the VR landscape will look very different in a year.

This is only the beginning: VR is expected to double in 2018.

In Greenlight Insights’ Fall 2017 Virtual Reality Industry Report, we predicted that global spending on virtual reality will be nearly $14.1 billion in 2018, a year-on-year increase of over 250 percent. Irrespective of the nascent nature of the technology, this is likely to not be a conservative estimate.

When Mark Zuckerberg said back in October that Facebook’s goal was to get one billion people in virtual reality, it is fair to say that a few eyebrows were raised. But this is actually an achievable target down the road, irrespective of what happens in 2018.

On December 7, Sony revealed that it had sold around two million PlayStation VR units and more than 12 million PSVR games in just over 12 months, with its VR library numbering more than 150 titles. Those numbers may only represent a tiny part of Sony’s overall immersive entertainment figures, but small acorns do eventually produce rather big trees.

When you add into the mix the imminent arrival of new standalone HMDs such as the Oculus Go, the predicted increase of location-based entertainment centers, and the decision by device manufacturers to make hardware more affordable, Zuckerberg’s goal does not seem as far away as initially thought.

Lowering the cost of production will lead to more compelling experiences.

Speaking at VRS 2017, HTC Viveport President Rikard Steiber said that the amount of money being directed into the VR ecosystem would almost certainly take virtual reality to the next level.

Steiber cited the fact that there are already elements in play that the VR industry needs to capitalize on, including direct access to customers through online channels and distribution networks. Additionally, he said, the cost of production has decreased while the tools available to create VR and AR experiences have improved.

“I am confident that in the next year the average person will be sharing VR or 360-degree videos and funny little Pokemon-like AR experiences, thanks to cost-efficient production with free distribution and a mass market that can consume it on their current or upgraded device,” Steiber said. “So production, distribution, and consumption are falling into place, and it helps that you have HTC, Apple, Facebook, and Google et al pouring billions into this sector.”

The inevitable caveat is that VR’s oft-cited roadblocks still exist and will continue to do so for the foreseeable future.

Selling devices to consumers is just the first step, what matters is how the VR industry responds to an increased user base over the next 12 months. Many of these roadblocks were discussed in some depth during the panel sessions at the recent VRS 2017 conference, but there is an expectation among thought leaders that they will become less high-profile as the technology evolves.

For example, mainstream consumer adoption was not expected to happen in the next year, thanks to a number of factors such as a lack of (reportedly) engaging content, a reliance on game-related experiences, and an apparent reluctance to strap on a headset by the general public. The latter scenario is one that will be conquered once people become more used to immersive experiences, albeit that the onus will fall upon manufacturers and developers to ensure that the experience itself is worth the effort.

The possibilities of VR will propel content beyond entertainment.

It is not an exaggeration to say that these are heady times for everybody involved in the VR industry. The number of people who have actually experienced VR for themselves remains low, but there is an expectation that 2018 will provide a clear roadmap for the future of the technology.

At the very least, the fact that VR has the ability to unleash human imagination from the limitations of physical reality means that the technology can transcend the hype of the last two years. The industry has been guilty in the past of trying to run before it walks, but this time it feels different. And while 2018 may not be Year Two, it has the potential to move virtual reality further down the road to a world where VR is the norm in all aspects of society.

The next 12 months promise to be exciting ones for the VR sector and Greenlight will have its finger firmly on the pulse. We already have over 40 market intelligence reports covering the nuances of the industry and more will follow in 2018. To find out more, click here to become a member of our community.