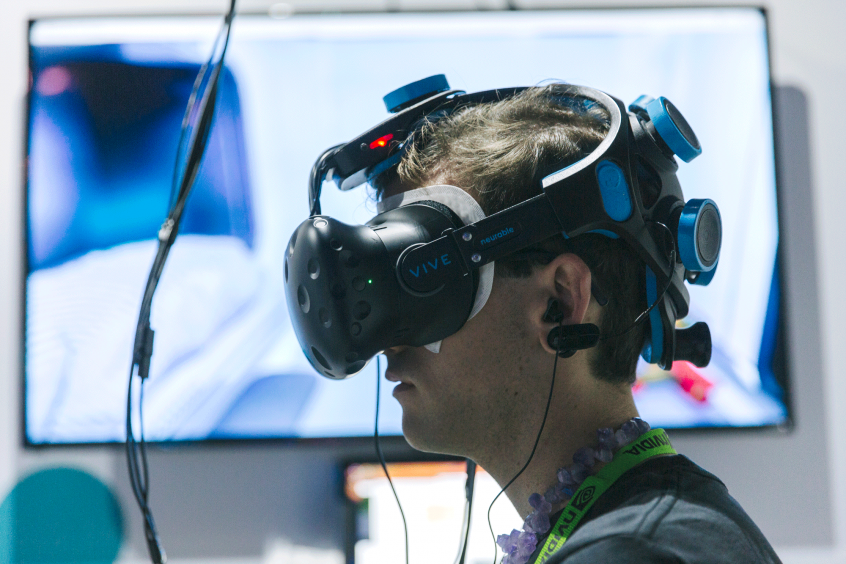 Controllers, haptic devices, and gesture controls have dominated the VR and AR industries as inputs for their respective content. Boston-based, Neurable, plans to disrupt that. Earlier this summer, Neurable unveiled their brain-computer interface for virtual reality. This unprecedented technology allows developers to immerse their users by controlling objects with their thoughts in the virtual space.

Brain-controlled inputs is an intuitive way for users to interact with digital objects that are tailored to their own thoughts opening up the potential for user generated storytelling. Neurable’s brain-computer interface encourages a hands-free experience that alludes to a future of virtual experiences that do not limit the user. This approach to a new user interface makes content accessible to users with a physical disability – an area of user engagement that has not been fully explored.

We are working on creating the operating system of the future, a world without limitations from technology that works with the user, as opposed to by the user.

Dr. Ramses Alcaide will be highlighting the power of brain-computer interfaces and how the technology could change the accessibility of virtual reality applications. Neurable will be accepting requests for private demos of their brain-computer interface on October 26th for registered attendees. Email jason@greenlightinsights.com if you are registered and would like more information on requesting a private demo.